Meet a Member: CDI was a good fit 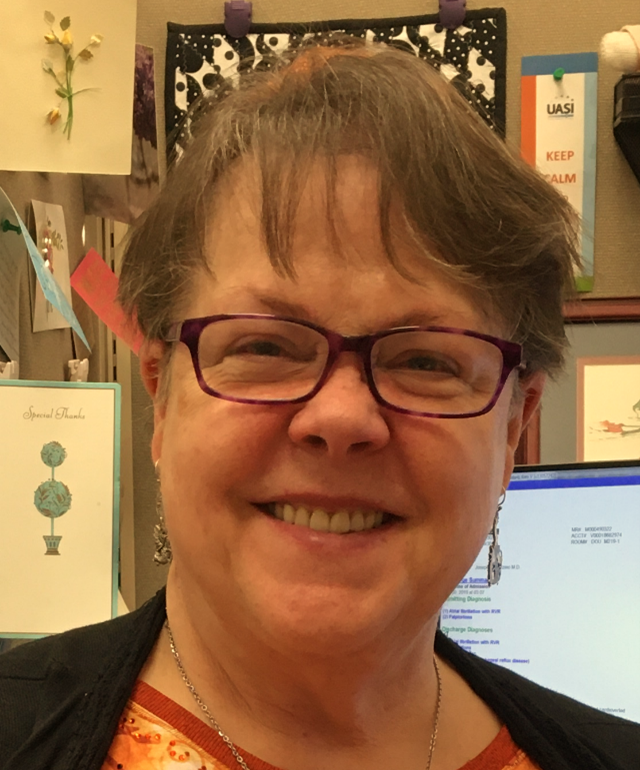 Rani Stoddard, MBA, RN, CPHQ, RHIA, CCDS, CCS, CDIP, is the CDI and HIM supervisor at Henry Mayo Newhall Hospital in Valencia, California, and the secretary, board member, and newsletter editor for the California ACDIS local chapter. She has been in the CDI field since 2014.

ACDIS: What did you do before entering CDI?

Stoddard: I’ve done many types of nursing, I was a blood donor supervisor for 14 years, worked in ICU/CCU, worked as a quality coordinator, taught in a medical assistant program and RHIT program, and did healthcare marketing as well.

ACDIS: Why did you get into this line of work?

Stoddard: I attended an early CDI meeting before getting into the field and was fascinated by it. I felt unprepared. When a boss suggested I study for my RHIT and I took coding classes, I knew that I could do CDI. It felt like a good fit with my clinical background.

I love the challenge of teaching physicians and mentoring staff. It’s the best of both worlds, nursing without the bedpans.

ACDIS: What has been your biggest challenge?

Stoddard: The hardest challenge is keeping current. There is always so much to learn!

ACDIS: What has been your biggest reward?

Stoddard: The biggest reward has been watching the lightbulb go off in the physician when they “get” it.

ACDIS: How has the field changed since you began working in CDI?

Stoddard: There have been two big changes. The first for me was the change from ICD-9 to ICD-10, especially PCS! The second challenge is dealing with voracious insurance companies. They seem to be getting worse.

ACDIS: Can you mention a few of the “gold nuggets” of information you’ve received from colleagues on The Forum or through ACDIS?

But if I had to pick out one, the OIG severe protein calorie malnutrition ACDIS Podcast was such a gem (to mix metaphors). I ordered the OIG sample cases because of that and have been reviewing them. There is a wealth of information. And we’ve invited Dr. Kennedy to speak at California ACDIS at our next webinar! I love the ACDIS Podcast.

ACDIS: If you have attended, how many ACDIS conferences have you been to? What are your favorite memories?

Stoddard: I’ve been to four or five conferences, I think. My favorite memories are the networking. Meeting the people and putting faces to the names. Finding out that the great gurus are just folks like me that happen to be extra knowledgeable about CDI and are willing to share.

ACDIS: What piece of advice would you offer to a new CDI specialist?

Stoddard: Be patient. It takes time to become proficient. Study and learn your coding. Take advantage of all the great resources available at ACDIS. Use your Pocket Guide. Don’t be afraid to ask questions.

ACDIS: If you could have any other job, what would it be?

Stoddard: Gosh, I don’t want another job. But if we’re dreaming, I’d be a race car driver.

ACDIS: What was your first job?

Stoddard: I was a bookkeeper for the Puritee Thermometer Factory in Brooklyn.

ACDIS: Can you tell us about a few of your favorite things?

ACDIS: Tell us about your family and how you like to spend your time away from CDI.

Stoddard: My son and grandson live in Las Vegas, and that’s where we’re moving early next year. So, I’m interviewing for a CDI position there. My grandson Alekszander is SEVEN and I want to watch him grow up.

ACDIS: Is there anything else you’d like to add?

Stoddard: I consider myself very blessed to be in this field. We interact with numerous departments and physicians. We bring clarity to the patient record and facilitate communication which benefits patient care.